Quantum computers are coming. When they arrive, which is probably sooner than you think, all of our classical encryption algorithms are dead. Shor's algorithm was formulated by Peter Shor in 1994. By using some fairly simple number theory, a bit of computationally complex (for a classical computer) modular exponentiation and some quantum magic, Shor's algorithm can efficiently factorise numbers.

The quantum magic is weird, very weird. By using the Quantum Fourier Transform a quantum computer can exploit the interference pattern generated in parallel universes to discover the periodicity of modular exponentiation without actually calculating successive powers.

So what can we do when RSA dies and what should we do now? BB84 is provably secure and also relies on quantum mechanics, specifically the polarisation of light photons. I will demonstrate BB84 as well as some classical algorithms that we can be using now that are quantum safe. 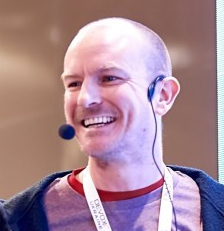 James has worked in software since the 1990s when TDD was something you studied but never did, pipelines were for carrying oil and "Agile" and "Lean" were words used for describing athletes. James worked for 9 years in a startup where he learned the hard way about CI, CD and splitting the monolith. In 2015 he started a new life as a consultant, spending 4 wonderfully happy years at ThoughtWorks. In July 2019, he started a new adventure at Codurance where he is a champion of software excellence through solving the organisational problems.